Top
Trade Responsibly: CFDs and Spot FX are complex instruments and come with a high risk of losing money rapidly due to leverage. You should not engage in his form of investing unless you understand the nature of the Transaction you are entering into and the true extent of your exposure to the risk of loss. Your profit and loss will vary according to the extent of the fluctuations in the price of the underlying markets on which the trade is based.
Read more Read more

The coronavirus outbreak was the key market mover in the first quarter of 2020. The outbreak started in China, and the market had little influence. However, when the virus started spreading to Europe and the United States, the market jumped into a sell-off mode, where major equity-index futures lost over 30%. Governments ordered to lock down cities, suspending the economic activity, and increasing the risks of a recession. Also, they had to allocate funds to support unemployed citizens and affected sectors. Central banks urgently lowered their interest rates to record-low levels and introduced asset purchase programs to combat the virus's impact on the economy and ease investors' concerns.

Currently, we started witnessing the effect of the coronavirus on the economic indicators, where some indicators dropped to their lowest levels since the financial crisis or even on record. Market participants will have to look forward to positive developments concerning the Covid19 since the economic recovery is depending on how fast this crisis ends. The time horizon will decide whether the global economy will be able to recover within the taken measures or will force central banks and governments to do more to prosper again.

Below you will have a look at the current interest rates by top central banks, and the performance of major instruments during the first quarter of 2020. 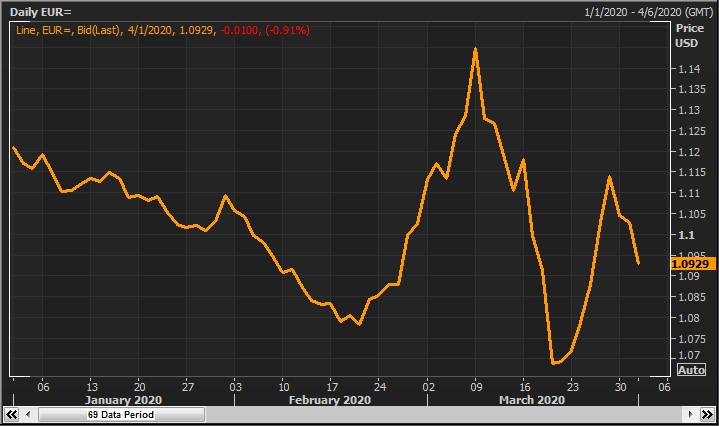 The EURUSD was in a clear downward trend at the beginning of the quarter on concerns over growth and muted inflation back then, and how will the ECB respond to it. But when the Coronavirus expanded to Europe and the United States, the single currency took advantage of the closing gap between monetary policy between the European Central Bank and the Federal Reserve. 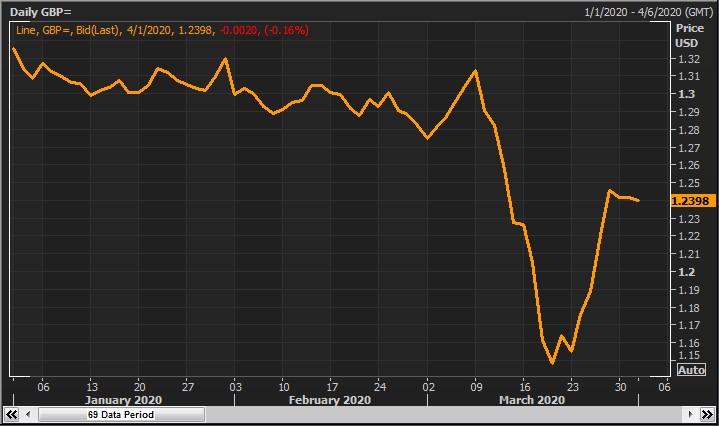 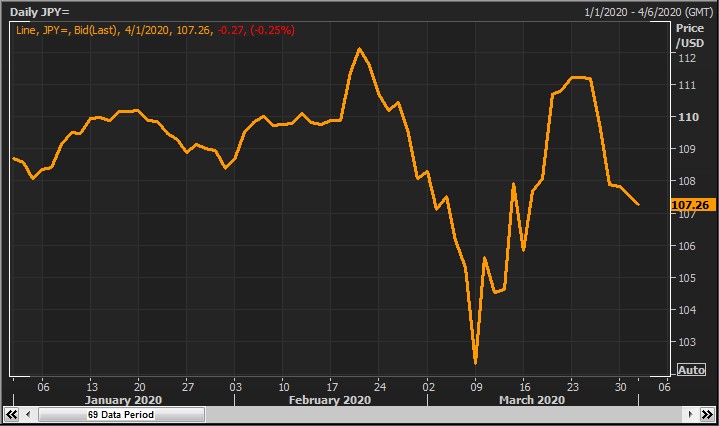 The USDJPY finished the quarter slightly down as the Japanese yen gained ground as investors remain attracted to safe-haven currencies. 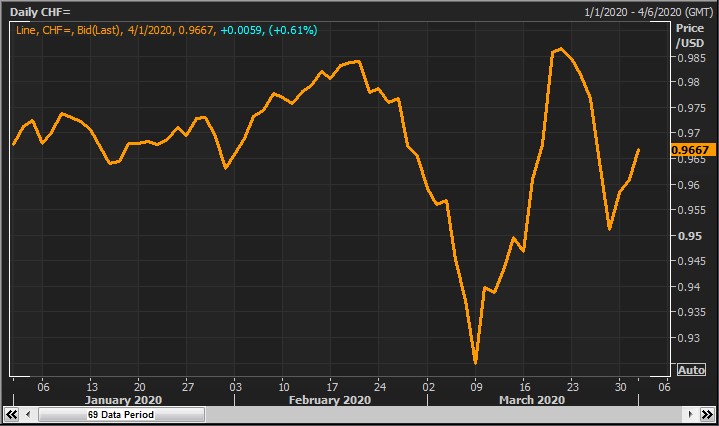 The Swiss franc is known for its safe-haven status, and it remained better off other currencies as investors brace themselves to further risks as the coronavirus outbreak continues. 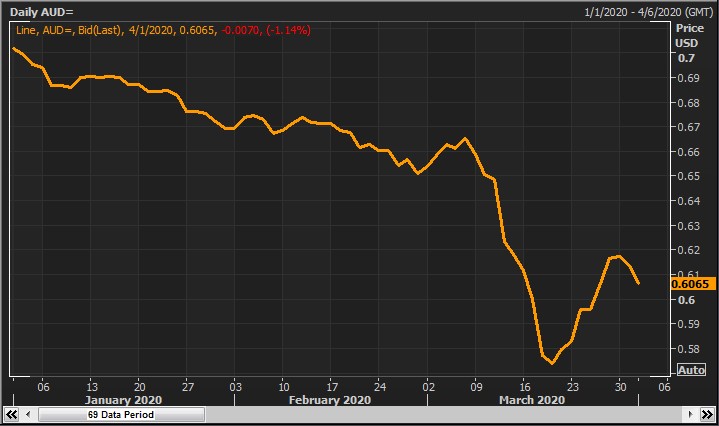 The Australian dollar had a rough quarter since the Aussie suffered initially as the virus emerged from Australia's top trading partner, and the Chinese economic activity got suspended first. Second, the steps taken by the Reserve Bank of Australia weighed on the Aussie. The RBA lowered interest rates to a record low and launched a quantitative easing program for the first time to support the economy. 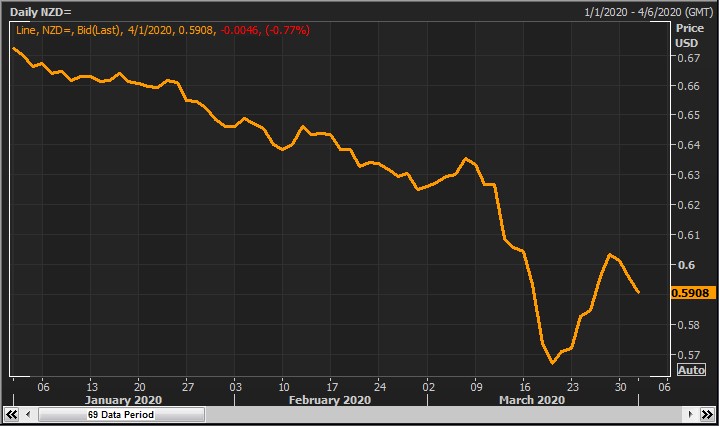 The New Zealand dollar was moving in tandem with the Australian dollar due to the same reasons. The New Zealand economy depends on both China and Australia. Also, the Reserve Bank of New Zealand took aggressive monetary policy easing measures to lift the economy. 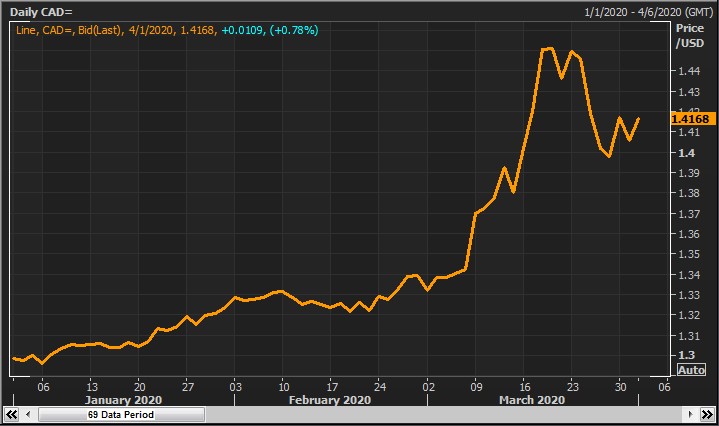 The Canadian dollar suffered sharply from the vast drop in oil prices, knowing that the Canadian economy depends on oil exports. Moreover, the easing measures taken by the Bank of Canada weighed on the currency. 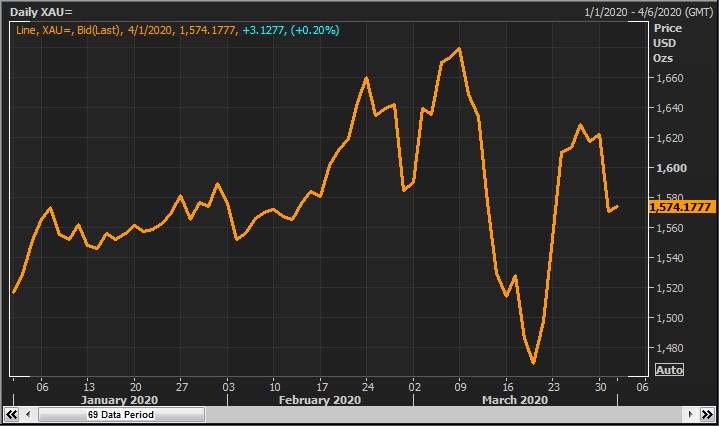 Gold prices were boosted by the demand for safety when the outbreak has started. However, the sharp plunge in the stock market forced investors to liquidate their gold holdings to support their stock positions leading to a drop in the market price. 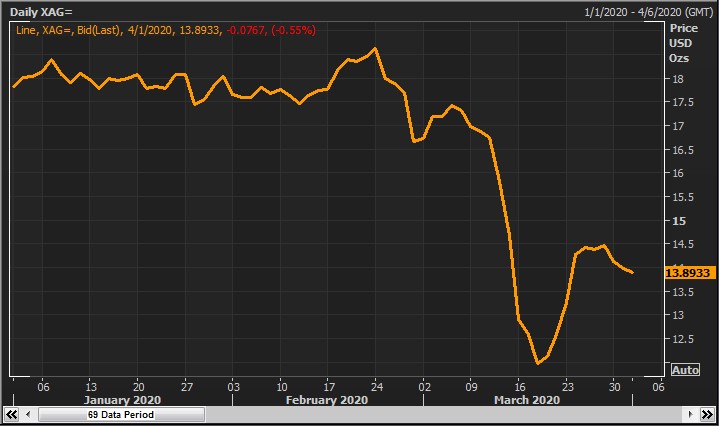 The price of a silver ounce tumbled as the industrial production almost stopped around the globe leading to less demand for the industrial metal. Silver prices dropped to their lowest levels since 2009 but managed to recover slightly as Chinese factories reopened. 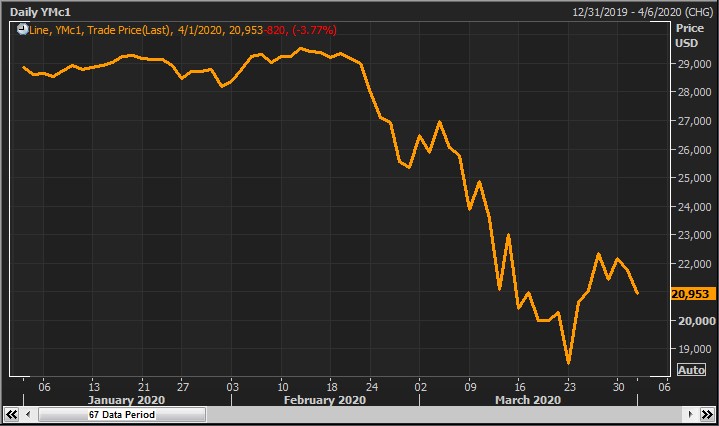 The Dow Jones had a tough quarter and settled at a 23% loss as the coronavirus outbreak suspended the economic activity around the world.

The prices and news mentioned in this outlook are absolutely no guarantee of future market performance and do not represent the view of ICM . Financial markets can move in either direction causing profits to be made or complete losses to be incurred by the trader. Each trader must decide for themselves what their risk appetite is and ensure that correct risk management procedures are in place before placing any trades.