Top
Trade Responsibly: CFDs and Spot FX are complex instruments and come with a high risk of losing money rapidly due to leverage. You should not engage in his form of investing unless you understand the nature of the Transaction you are entering into and the true extent of your exposure to the risk of loss. Your profit and loss will vary according to the extent of the fluctuations in the price of the underlying markets on which the trade is based.
Read more Read more

How does the Coronavirus affect the economy and financial markets?

Since the announcement of the outbreak of the Novel Coronavirus, investors are in a cautious yet worried mode. Although this virus turned out to be lethal, and a few hundred died until now, it also has severe consequences on the economic cycle.

According to the University of John Hopkins, there are 24,597 confirmed cases until the moment we are writing this report, 493 cases died, and 942 cases recovered. The cases spread out into twenty-seven countries, but the biggest number is in mainland China, specifically in Hubei province. 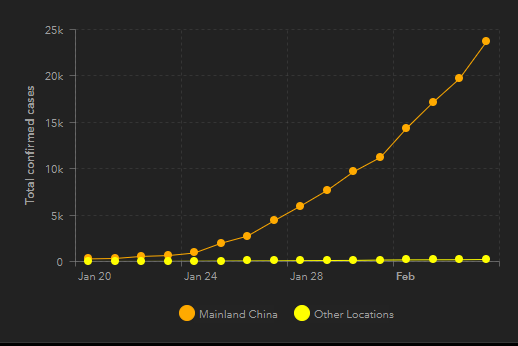 Back in 2003, the SARS outbreak lowered the Chinese growth rate by more than 1%. Currently, the Chinese economy is way bigger and it is a more significant player in the global economy. The Coronavirus would likely have a much more impact on the Chinese economy, and the effect will ripple to other economies. As mentioned above, Hubei province has the largest number of confirmed cases. The province's economy ranks the 7th in the country with a GDP of 4582 Billion Renminbi ($655 billion) in 2019, which is almost three times larger than 2010. Hubei has several important agricultural products such as cotton, rice, wheat, and tea, and industrial activity varies between Automobiles, machinery, power generation, textiles, food, and high-tech commodities. 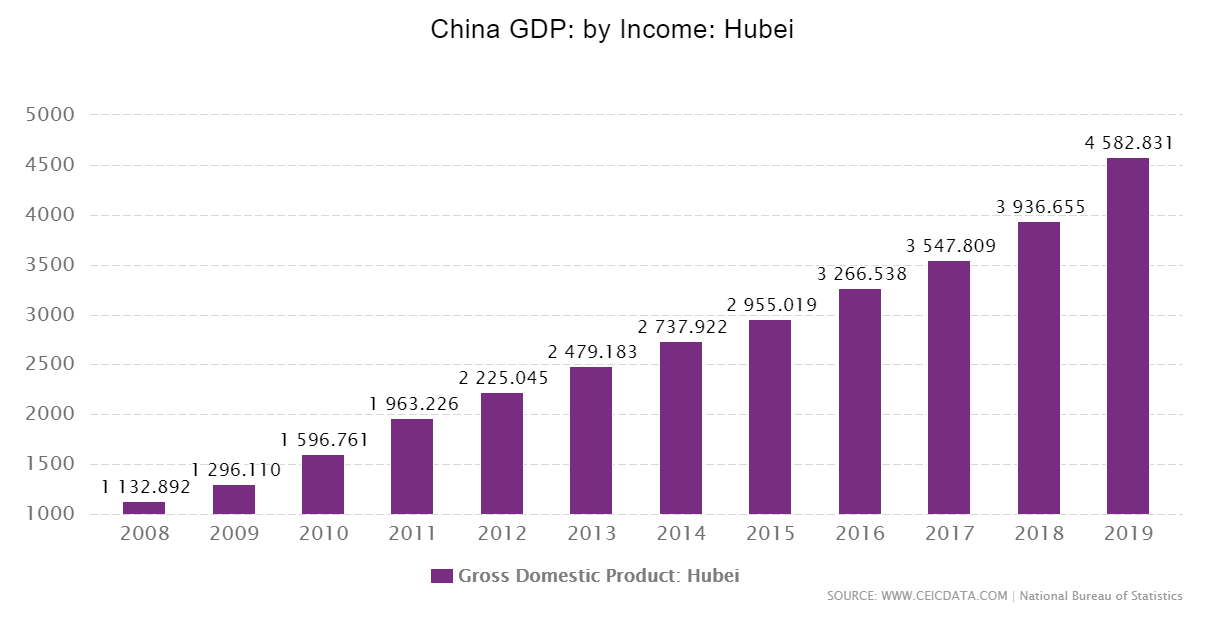 The Chinese government locked down several cities and restricted travel for almost 50 million people to avoid further spread of the virus, affecting severely the economic activity. The consumer spending is decreasing and only defensives such as foods and pharmaceuticals are among the priorities. International food chains like McDonalds and Starbucks have shut down business in several cities. Also, big retailers, hotels, and tour operators suspended operations. Moreover, various airlines canceled flights to China. Also, many factories extended the holiday break avoiding the spread of the virus between its employees, knowing that China accounts for almost 20% of the global manufacturing output.

The People Bank of China expressed its readiness to offset the negative consequences of the novel coronavirus on the economic growth and the financial markets by taking several measures as the Chinese market reopened on Monday. The bank lowered the 7-day reverse repo rate to 2.4% from 2.5% and the 14-day reverse repo rate to 2.55% from 2.65% and injected $174 billion to money markets on Monday. China's Banking and Insurance Regulatory Commission lowered lending rates and fees for companies in the most affected regions and eased credit terms. Meanwhile, the Securities Regulatory Commission halted night sessions since February 3rd and applied other measures to boost investment. These measures succeeded in easing investors' woes where the Shanghai composite recovered almost 6% from a one-year low of 2685. Also, US stock-index futures erased earlier losses, and Nasdaq futures logged a fresh record high of 9462.

Market participants will be looking forward to fresh reports over the developments of the virus and whether scientists will be able to make a breakthrough in reaching a vaccine for the virus. Moreover, in the longer run, they will be monitoring economic data to assess the effects of the virus on the economy.

The prices and news mentioned in this outlook are absolutely no guarantee of future market performance and do not represent the view of ICM . Financial markets can move in either direction causing profits to be made or complete losses to be incurred by the trader. Each trader must decide for themselves what their risk appetite is and ensure that correct risk management procedures are in place before placing any trades.